Skip to content
Cart
Now reading: What Is A Solar Inverter, and How Does It Work?
Share
PrevNext

A solar inverter is an essential piece of equipment needed for all solar power systems.

Without it, you won't be able to transform the energy generated by your solar panels from DC to AC, and this is required so that your home and utility grid can use it.

After reading our complete guide, you won't only know what the best solar inverter is, you will understand precisely how this green technology works.

What Is A Solar Inverter, And How Does It Work? 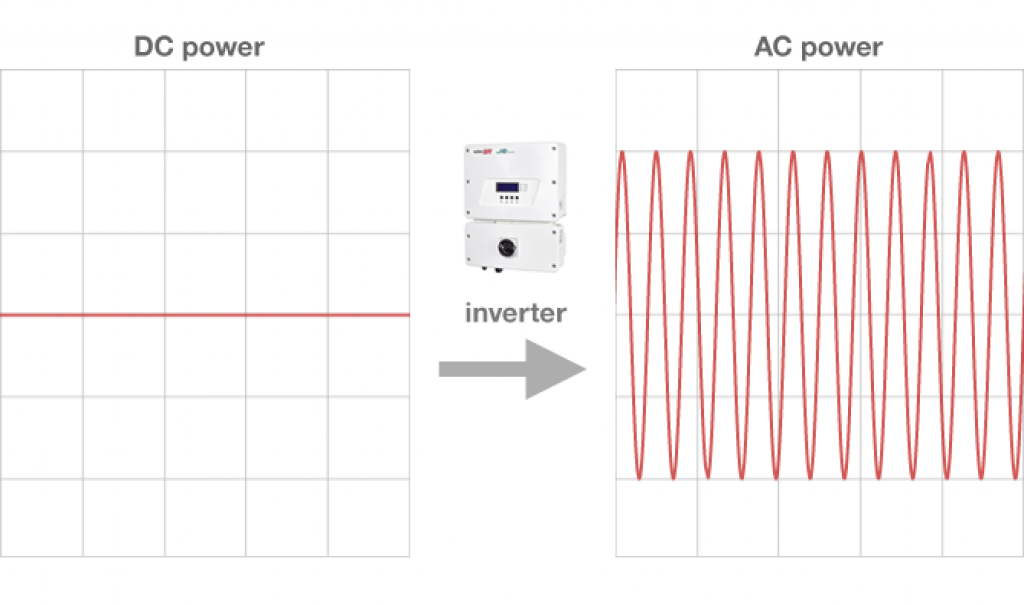 In the most basic of terms, a solar inverter converts DC power (Direct Current) into AC power (Alternating Current).

DC moves in just one direction; this makes it ideal for solar panels, as the structure needs to absorb the solar energy and push it in one direction through the system.

AC moves in both directions, and this is pretty much how all your home's electronic appliances are powered.

What Are The Different Types of Solar Inverters?

There are four main types of solar inverters, grid-tied, off-grid, and hybrid. Each one of these performs slightly different functions to one another.

Grid-tied inverters convert DC into AC suitable for an electrical power grid, and readings are as follows: 120 V RMS at 60 Hz or 240 V RMS at 50 Hz.

In essence, grid-tied inverters are used to connect various renewable energy generators such as solar panels, wind turbines and hydroelectric to the grid.

Unlike grid-tied inverters, off-grid inverters are designed to work alone and cannot be connected to the power grid. Instead, they connect to the actual property in place of grid power.

Off-grid solar inverters must convert DC to AC power and deliver it instantly to power all electrical appliances.

It's a standalone unit that is usually installed close to your fuse box/meter. Hybrid solar inverters are different from the others in that they can both export excess electricity and store excess energy in a solar battery.

Choosing the Right Size Inverter for Your Solar Installation

There is a formula you can use which helps you figure out what size inverter is best for your needs:

Let's create an example for you.

Now all you need to do is add all the power rating (watts) up together:

Next we need to multiply the total by 1.4:

This means in order for you to power the above appliances at the same time, and you will need a minimum inverter size of about 480 watts.

In case it is not already known, we multiply by 1.4 in order to safeguard our inverter in the case of our appliances being inductive loads.

In some cases, an inverter size chart may prove to be an invaluable asset should you not want to do all the calculations yourself.

What Is A Pure Sine Wave Inverter?

All types of inverters perform the same task, that is, converting DC into AC. So what exactly is a pure sine wave inverter, and why is it so expensive?

The never-ending challenge has always been to turn a straight line DC into a wave AC in which the current flows in a wave formation periodically in both directions.

As an example, let us use a switch.

By switching DC current on and off periodically, a square shape of alternating current will form.

So now you have somewhat of a periodical current; however, the current is still not flowing in both directions and, of course, very far from looking like a sine wave.

In order to allow the current to flow both ways, you will need to introduce an automated switch that can flip the incoming direct current back and forth by reversing the contact.

This can be seen as a rotating disc, perhaps with a criss-cross connection. The speed of the disc determines the frequency of the AC current

Finally, you have a current that flows in both directions. This current, however, still has a square shape. In order to turn this shape into a sine wave, you will require a few more electronic circuits. To smoothen the flow, as can be seen below.

What About the Voltage?

Remember DC current is usually found in 12V, 24V, or 48V, whereas the appliances in your home that run on AC current are usually 240V (country dependent)

So how exactly does a solar inverter increase the voltage?

A built-in transformer will get the job done with no problem.

A transformer is an electromagnetic device made of an iron core wrapped with two coils of copper wire: the primary and secondary coil.

First, the primary low voltage enters through the primary coil, and shortly after, it exits via the secondary coil now in a high voltage form.

You may ask yourself what controls the output voltage, though, why does it increase upon exit?

Now that you have know what is a solar inverter, and how does it work.

Transformers can be found everywhere. For example, your laptop charger and cell phone chargers are step-down transformers that decrease the voltage entering into your appliance.

All Bluetti solar generators come with built-in pure sine wave inverters, which manage all the tasks mentioned above.

During your research, you may have also come across a modified sine wave inverter. While these perform the same task as all inverters, they use rather cheap electronics to produce a "pixelized" waveform.

Some appliances may not perform at their best with this pixelated type of electricity.

In fact, the below appliances require a pure sine wave inverter in order to function (should you be converting DC to AC:

How to Create a Basic Solar Panel Wiring Diagram?

Solar Panel Output Per Location (What to expect?)