“Solar thermal vs photovoltaic, what?”

You’ve just managed to wrap your head around the concept of photovoltaic systems. Now all of a sudden you’re hearing about solar thermal and it feels like you’re back at square one.

While both of these systems seek to replace their fossil-fuel counterparts by using solar energy, they are very different from one another.

But don’t stress! This is what we’re here for.

In this article, we’ll discuss both of these solar-based systems by defining them and breaking down their respective components and processes.

In addition to the above, we’ll make the two battle it out to see which system comes out on top in certain areas.

Solar Thermal VS Photovoltaic – An Overview 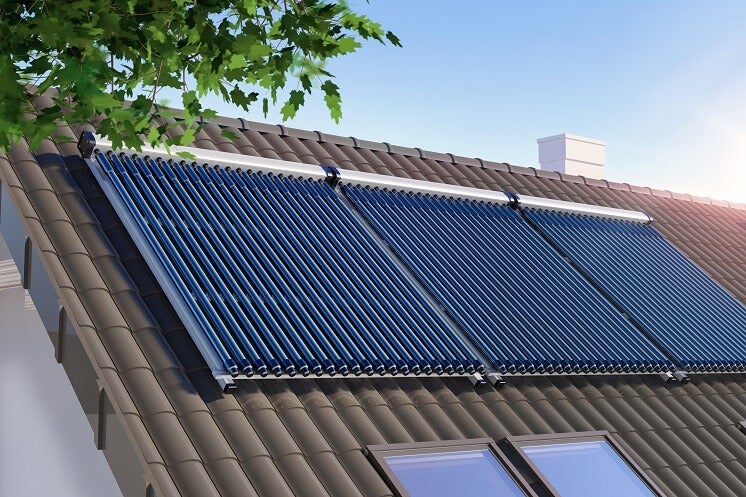 Have you ever made the mistake of touching your car steering wheel on a sunny day and burning your fingers? If so, you’ve had a first-hand experience with the end result of solar thermal energy.

The steering wheel both absorbs and stores heat from the sun. Solar thermal systems collect and store heat in the same manner.

Solar thermal can be recognized as any technology that transforms sunlight into heat. This transformed heat can be used in the following three ways:

Solar heating systems can be broken up into two types: passive systems and active systems.

Active solar thermal systems sun collectors which are used for heating fluid (air or a liquid). These systems use fans or pumps to move that heated fluid through the attached collectors.

Here the fluid is heated and sent to a storage system where the heat is released, and then sent back to the collector to be reheated.

Lastly, in these types of systems it is common to find a storage tank which is used to store solar-heated water for later use.

A plant utilizes its leaves to absorb and store solar energy for photosynthesis. This process helps generate energy so that it can grow.

Why are we telling you this? Like leaves on a tree, PV systems produce energy from the sun by converting solar rays into usable electrical energy.

This energy may be used to power a variety of appliances – kettles, cars, heating systems, even entire households.

There are 3 main types of PV systems:

These systems vary in their complexity.

This document from the U.S. Department Of Energy identifies the following components of a basic solar thermal system:

PV or solar systems also vary in their complexity.

A basic PV system consists of the following components:

Here are some of the main uses of solar thermal energy:

Here are some of the main uses of solar thermal energy:

Honestly, the list of uses with photovoltaic energy is endless.

Solar Thermal VS Photovoltaic – A Showdown

Time for these two technologies to duke it out.

In this section, we’re going to compare factors such as:

There’s no point in going the renewable energy route if the systems aren’t able to produce results. For this reason, it’s important that these systems are as efficient as possible.

Solar thermal reaches efficiency levels of up to 70% in the collection of heat from the sun. On the other hand, PV systems have an efficiency of between 15% – 20%.

However, the University of Michigan’s Center For Sustainable Systems notes that researchers have already developed PV cells with efficiencies of around 50%. It’s safe to say that the best is yet to come.

These renewable energy systems are rather pricey -your wallet is certainly going to feel the impact of that initial upfront investment. As such, you want a solar system that both pays for itself and saves you money in the long run.

Photovoltaic systems come with a number of incentives that can save you money, both in the short and long term. These include:

Solar thermal systems don’t seem to qualify for the above incentives because, unlike PV systems, their primary function isn’t to generate electricity. While going solar is great, it can be tough to accommodate systems that require a fair amount of space.

One of the main reasons to select solar thermal is to save on space. Their higher level of efficiency means that they require less in the way of components to do their job.

So a home that’s pressed for space will likely be better suited to a solar thermal setup.

On a smaller scale, domestic PV systems tend to be more versatile than thermal systems. This is because they can power many different applications – household appliances, transportation, heating systems, etc.

In contrast, domestic thermal systems are predominantly used for space and water heating.

Both solar thermal and PV systems are wonderful examples of green tech. What’s more, knowing about both types of systems and having access to them can only benefit you and our planet in the long run.

The more renewable energy producing options that we have access to, the better. So, while this article may seem like it’s pitting the two forms of tech up against one another, it’s not.

Instead, its purpose is to educate you on yet another fantastic method of renewable energy production.